Nedd has been a Sheet Metal Worker for over 25 years. He served his apprenticeship and successfully completed the 4-year program in 1995 obtaining his Journeyman card. Over the years Nedd has worked for several different contractors including Exterior Sheet Metal, Corn States and is currently employed with The Waldinger Corporation. After being elected to the position of Vice President in July of 2007 he began serving on the Local 45 Executive Board. Following, in July of 2012 he was elected to President where he currently and proudly serves.

Chad has over 20 years with Local 45 which began with Waldinger in 1997 as a helper and worked through his Apprenticeship from 1999-2003. After obtaining his Journeyman status he worked in the trade for TWC on many projects including lead roles at high profile jobs in our area. He has served the membership in several different spots including as a Trustee, an Executive Board member and now as Vice President which began in 2017.

Ryan began his time with LU45 in 1996 and has 25 years of credited service with Sheet Metal Workers. He served his Apprenticeship and received his Journeyman status in 2004. Ryan has worked as a lead on many projects over his career and continues to be a mentor in the trade. In 2017 he ran for and was elected to the Executive Board of Local 45 and today he currently serves as the Recording Secretary beginning in 2019.

Craig began working for Local 45 in 1991 and finished his Apprenticeship in 1994. In his nearly 30 years Craig has worked on many jobs as a project Foreman in the Des Moines and surrounding areas. In 2013 Craig began working as the Local 45 Business Manager and continued through 2017. Today he proudly serves on the Executive Board for the membership of LU45.

Scott became a Pre-apprentice with Local 45 in 1995 and began his Apprenticeship with Baker group in 1997 obtaining his Journeyman status. Over the years Scott has worked on the negotiating committee for 3 different Central Iowa contracts and has served multiple terms as an Executive Board member for Local 45. He currently works as Field Foreman for Air Con Mechanical. 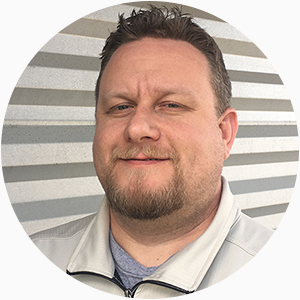 Andy began the sheet metal trade in 1998 as a pre-apprentice for The Waldinger Corporation. He was accepted into the four year apprenticeship in 1999, and successfully completed the program in 2003, obtaining his journeyman's card. Since 2003 he has worked in a variety of roles and projects for The Waldinger Corporation, The Baker Group and Corn States. In July of 2013 Andy was elected as the Business Representative and served in this position until November of 2017 when he was elected to and is currently serving his first term as Local 45 Business Manager.

Jon began the sheet metal trade in 1996 as an apprentice for National Sheet Metal. In March of 1998 he began working for Lydon Sheet Metal currently known as Baker Group. He successfully completed the apprenticeship program in 2000, obtaining his journeyman's card. Since 2000 he worked for The Baker Group spending most of his time as a Detailer. In July of 2013 Jon was elected to the Vice President position of Local 45 where he served until November of 2017 when he was elected to and is currently serving his first term as Local 45 Business Representative.

Shane began the sheet metal trade in January 1995 as a pre-apprentice for Lydon Sheet Metal, currently known as Baker Group. He was accepted as an apprentice in 1997 and successfully completed the four year apprenticeship program in 2001, obtaining his journeyman's card. Since 2001 he worked for Sheet Metal Inc. and The Baker Group spending most of his time as an Installer. In March of 2016 Shane was appointed to the position of and is currently serving as the Local 45 Organizer.

Curt started his Sheet Metal career with Waldinger Corporation in 2003. He completed his apprenticeship and received his Journeyman card in 2010. Curt has previously served on the Local 45 Executive board and is now in his 2nd term as a Trustee for Local 45.

Matt has been a Sheet Metal Worker for over 15 years. He began working in the trade in 2004 and began his Apprenticeship in 2006 completing the program in 2010. Today Matt works for Berglund Sheet Metal Contractors as the Shop Foreman. Matt was elected to, and currently serves, as a Trustee for the Local 45 Membership in 2018.

Scott has been a Sheet Metal Worker with Local 45 for 20 years. He served his apprenticeship and successfully completed the 4-year program with Waldinger in 2005 obtaining his Journeyman card. Scott is currently working for Baker Group as a Project Manager. In 2010 Scott was elected as the Recording Secretary on the Local 45 Executive Board. Following, in June of 2018, he was elected as Trustee where he currently serves.